Switch Datacenters is Europe’s first datacenter that compensates its datacenter customers financially for returning residual heat, using existing Direct Liquid Cooling (DLC) technologies to cool servers. The cooling water is heated by the servers to temperatures between 40 to 60 degrees Celsius, which can immediately be used for heating offices or homes. Customers choosing DLC cooling receive a cash incentive equal to 20 to 30 percent on their costs for electricity.

Incentive for cloud providers
All energy that is consumed in a datacenter is converted to heat. For practical reasons, the cooling equipment is often located far from heat-sources (e.g. processors, memory banks, hard disks drives). Therefore, the temperature of the coolant is relatively low at 20-25 C, which is not suitable for the heating of houses and offices. With the planned upgrade of the Switch datacenter in Woerden (Amsterdam Area), a solution was chosen that enables residual heat of higher temperatures of 40 to 60 degrees C. Instead of cooling the servers with conventional room-coolers like CRAH units, cooling is done as close as possible to the server as to ‘harvest’ the highest possible temperature from the servers. The more usable heat is produced, the higher the financial compensation.
Switch Datacenters expects to motivate big cloud providers to change over to using DLC or other high-temperature cooling by the financial incentive. It also wants to be an example for other datacenters to adopt the same strategy, which could also be very advantageous for the datacenter industry as a whole.

DLC is proven technology
DLC comes in various solutions nowadays. Customers may choose for ‘liquid to the chip’ modules, but also other cooling technologies like ‘immersion cooling’ are available. These technologies have proven their worth and reliability over the years and are offered by various vendors, as stand-alone options as well as integrated solutions by vendors like Dell, Lenovo, Supermicro, Gigabyte and HPE.
Switch Datacenters introduced Immersion Cooling in 2008 for the first time. In those days the focus was on PUE, residual heat was no issue, so customers did not bother. Today, energy consumption and sustainability have high priority with (large) enterprises and governments, and DLC-technologies is expected to boom in datacenters.

Datacenters are the future heating source for the cities
There is a lot of opportunities for datacenters: servers are typically replaced every 2 to 5 years, which means that datacenters can transform relatively quick from huge energyguzzlers into sustainable heating systems. In a city-environment, the datacenter will be only an ‘energy pass through station’ that hardly uses energy itself.
Datacenters that already use DLC to cool down the warm water via a cooling tower, chiller or dry-cooler on the roof of the building. The water is then returned to the servers via a closed loop circuit while the heated water can also immediately and efficiently be used for the heating of offices of houses, without the need for additional pumps or heaters. Datacenters can become the future heaters of the city.
DLC provides a much higher cooling capacity enabling more power density on a much smaller footprint, in most cases. This is advantageous for datacenters in city-areas.

Heating for thousands of households
Since 1980, the datacenter was used by several banks and since a few years rented out to IBM. After ample considerations about the future of the datacenter it was decided to continue with a ‘Cloud-To-Heat’ strategy and to sell the generated heat to third parties. The revenues are shared amongst the customers of Switch Datacenters.
Gregor Snip, CEO of Switch Datacenters: “Our datacenters generate a lot of usable heat from servers that can replace many connections to the Dutch gas network that currently provide heat. When all racks in the datacenter use DLC, we can heat a large volume of the houses in the city of Woerden, e.g. thousands of households.
It is clear to Snip that DLC is a solution that only knows winners. “Customers who choose DLC are paid for and houses are heated in an environmentally friendly way without the use of natural gas.”
Erik Barentsen, senior policy officer at the Dutch Datacenter Association confirms that the industry is constantly looking for useful use of the residual heat from data centers in the built environment. Residual heat from datacenters counts for real estate developers in the new BENG (Nearly Energy Neutral Building) rules, which makes residual heat from datacenter valuable. According to Barentsen, Direct Liquid Cooling is therefore “An interesting next step in which not only the cooling capacity per m2 but also the residual heat temperature of the datacenter will be increased. With the acceleration of the digital economy, a promising development in which innovation, economic growth and sustainability go hand in hand. “

Interest
Snip has experienced a quickly growing interest for the combination of DLC and the use of residual heat since the first media coverage on the subject. “Colleagues from the sector who look at the issue of residual heat, start asking questions. Because of the way we approach the issue, we have created a sustainable perspective for the future, especially in residential areas or office districts.”
Snip also sees a lot of interest from companies looking for sustainable cloud solutions. Sectors like finance, in which Switch Datacenters is active for many years now, are impressed by the potential savings in money and CO2 for companies.
Snip calls upon operators, hosting companies and owners of datacenters, as well as municipal authorities, to fully exploit the advantages of DLC. “It requires a different way of thinking, but this reliable technology can be instrumental in to speed up the transition away from natural gas and contribute to the environmental goals.”
For more information on the subject and/or the advantages and options of this environmental and sustainable solution of Switch Datacenters Woerden can contact Gregor Snip or one of his colleagues.

Send us a message

Stay up to date with our latest news 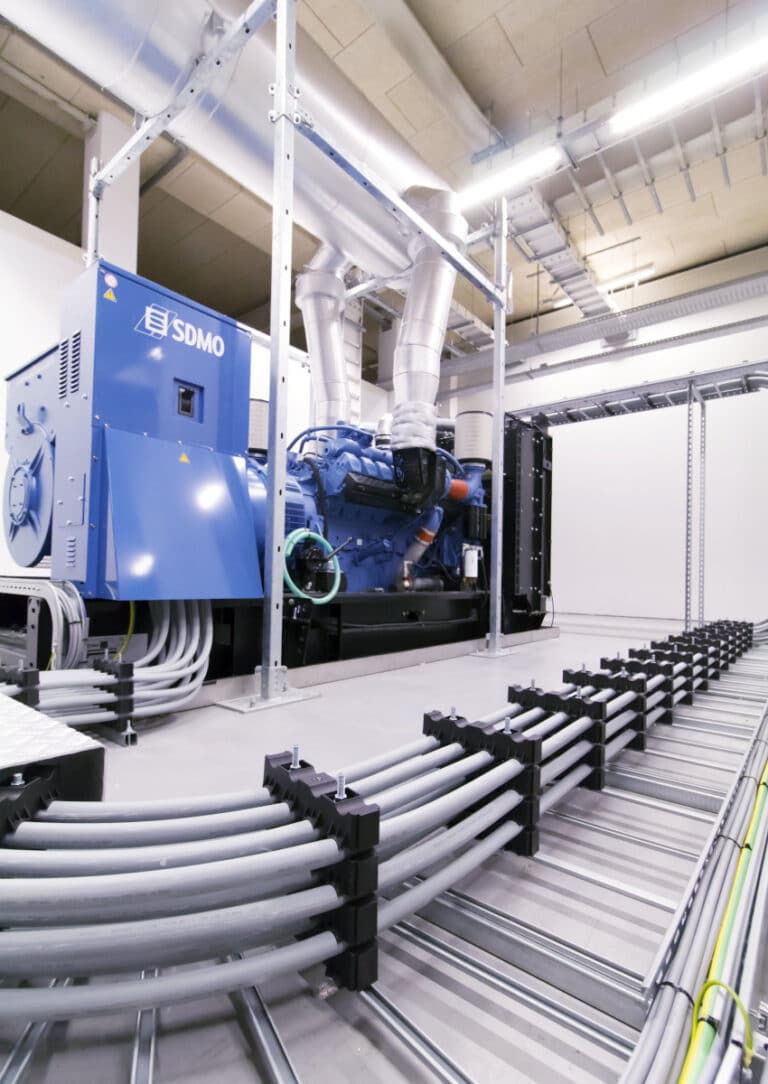 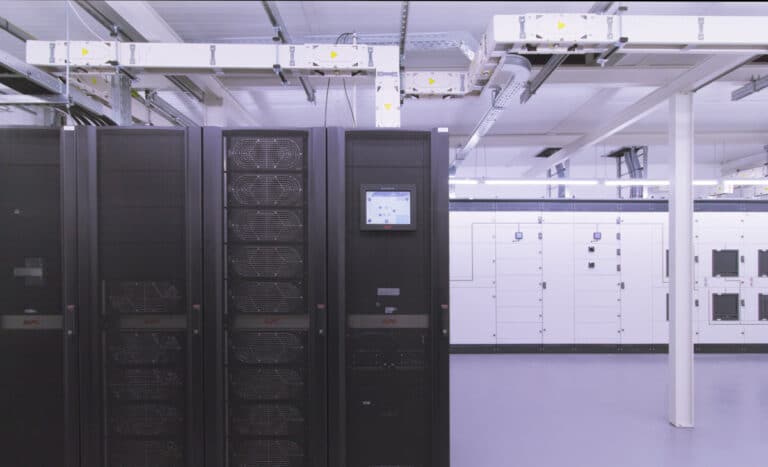 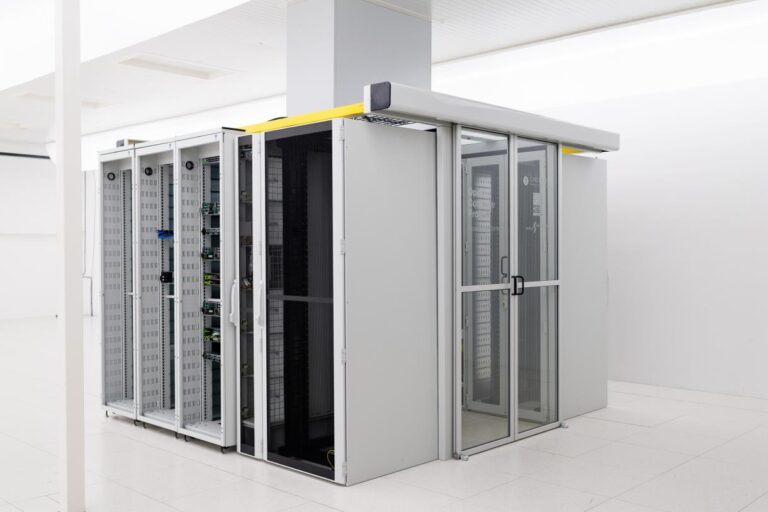 28 September 2018
View more
We use cookies on our website to give you the most relevant experience by remembering your preferences and repeat visits. By clicking “Accept All”, you consent to the use of ALL the cookies. However, you may visit "Cookie Settings" to provide a controlled consent.
Cookie SettingsAccept All
Manage consent

This website uses cookies to improve your experience while you navigate through the website. Out of these, the cookies that are categorized as necessary are stored on your browser as they are essential for the working of basic functionalities of the website. We also use third-party cookies that help us analyze and understand how you use this website. These cookies will be stored in your browser only with your consent. You also have the option to opt-out of these cookies. But opting out of some of these cookies may affect your browsing experience.
Necessary Always Enabled

Performance cookies are used to understand and analyze the key performance indexes of the website which helps in delivering a better user experience for the visitors.

Analytical cookies are used to understand how visitors interact with the website. These cookies help provide information on metrics the number of visitors, bounce rate, traffic source, etc.

Advertisement cookies are used to provide visitors with relevant ads and marketing campaigns. These cookies track visitors across websites and collect information to provide customized ads.

Other uncategorized cookies are those that are being analyzed and have not been classified into a category as yet.